What If We Started Sooner?

My mom was a walker.  And I do mean a WALKER.  She would speed walk the neighborhood, the grocery store, parks, beach, anywhere.  Just a walk around the block with her would leave me (and my friends) breathless and way behind her.  When, years later, she moved from assisted living to a dementia unit, she walked up and down the halls.  Whenever she saw someone just standing, looking at the ground or staring into space, often with tears in their eyes or furrowed brow and downturned mouth, my mom would gently take them by the arm as she did the first day we were “settling in”.  She would say, in her kind way, “Come walk with me Florence.  Let’s see what we can see.”  Her generous spirit slowly quieted with encroaching confusion and disorientation. 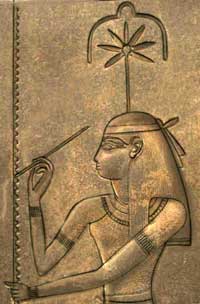 As far back as 2500 BCE ancient Egyptians recorded cannabis use for “lost minds”.  Many more similar applications are recorded through the ages.  Modern testimonials might begin with Queen Victoria’s personal physician, Sir J. Russell Reynolds (1890), who wrote “…[for] an elderly person probably with brain-softening, in the ‘delirium form’ … I have found nothing comparable in utility to a moderate dose of Indian hemp-viz., one-quarter to one-third of a grain of the extract, given at bedtime.  It has been absolutely successful for months, and indeed years, without any increase of the dose.” (Cannabis Pharmacy: The Practical Guide to Medical Marijuana, Michael Backes, 2014)

Recent science has caught up with the practical wisdom of old.  A 2016 Salk Institute research team gathered significant evidence that tetrahydrocannabinol — THC, the psychoactive compound in cannabis — promotes the cellular removal of amyloid beta, the toxic protein plaques associated with Alzheimer’s disease (http://medicalxpress.com/news/2016-06-cannabinoids-plaque-forming-alzheimer-proteins-brain.html). 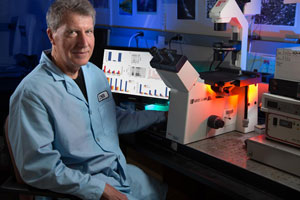 “Although other studies have offered evidence that cannabinoids might be neuroprotective against the symptoms of Alzheimer’s, we believe our study is the first to demonstrate that cannabinoids affect both inflammation and amyloid beta accumulation in nerve cells,” said Salk Professor David Schubert.

Then came the exciting mouse study in spring of 2017.  Scientists found that micro-doses of THC brought changes in cognitively impaired older mice to the point where they were comparable in brain structure and function to very young mice.  Basically, they experience a regeneration of neural cells that return the brains of old mice to a state similar to young mice.  (Nature Medicine, May 8, 2017)

Specifically, when the University of Bonn research team examined the brains of the treated, elderly mice for an explanation, they noticed neurons in the hippocampus—a brain area critical for learning and memory—had sprouted more synaptic spines, the points of contact for communication between neurons. Even more striking, the gene expression pattern in the hippocampi of THC-treated aged mice was radically different from that of untreated elderly mice. “That is something we absolutely did not expect: the old animals [that received] THC looked most similar to the young, untreated control mice,” said researcher Andras Bilkei-Gorzo.  “If we can rejuvenate the brain so that everybody gets five to 10 more years without needing extra care, then that is more than we could have imagined.” 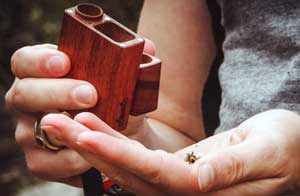 Can we give humans low doses of THC to see if there is cognitive improvement?  The German government is funding lead researcher Andreas Zimmer from the Bonn mouse study to do just that with aging individuals that show early signs of dementia.

The common thread in all these reports, even going back to ancient times, is that they treat or experiment on animals or humans after they are showing some measure of cognitive dysfunction.

Dr. Jeffrey Hergenrather MD, president of the Society of Cannabis Clinicians, has been treating dementia-inflicted individuals for years.  He measures levels of the disorder using a check-off list that allows “scoring” of general dementia behaviors.  Below are main indicators of dementia as referenced in the Journal of the American Geriatrics Society.

Behavioral and psychological symptoms of dementia:

Working with other cannabis clinicians, Dr. Hergenrather found that aggressive, hostile, frustrated, and agitated behaviors can be greatly reduced with doses of inhaled or ingested cannabis from 2.5 mg/kg of body weight up to 30 mg/kg in varying numbers of doses in a day.  Patients are moved to smiles, laughter, giggles, good sleep, calm and a pleasant demeanor.

With the increasing size of our aging population, cases of Alzheimer’s disease (the leading cause of dementia among the elderly) are expected to triple over the next 50 years.[i]   Could we possibly prevent dementia from developing by starting THC treatment at the earliest, first signs of the disease?

These new cannabis studies give us hope.  Perhaps early use of regular micro doses of THC will prevent, or at least put off, the onset of dementia and Alzheimer’s.   If other applications of this amazing herb are any indication, one has to ask: “What harm in trying?”

My mom passed gently into the good night in January, 2008.  Slowing the progress of that disease even a little would have been worth the effort.  Today, Alzheimer’s and dementia no longer mean we just give up and wait for the end.  Maybe the problem is we’ve just been waiting too long.

About the Author: Jude Thilman

Jude Thilman brings 15 years’ experience in the cannabis industry and 35 years working in public media education to her activism on behalf of traditional cannabis medicine, culture, and Mendocino’s legacy community. She owns Dragonfly™ Wellness Center, a holistic healing center on the Mendocino Coast, and operates Creative Change Productions, a non-profit dedicated to public education on the values and policies shaping the new legal world of medicinal cannabis.