We turn to nature to calm our anxious minds; to stimulate our creativity; to inspire our spirits. Why not turn to nature to heal our bodies? More and more people are taking charge of their own health and turning back to natural remedies. Dragonfly™ Wellness Center was founded by people involved in natural healing who believe that many natural healing treatments and herbs complement each other and should all be available to benefit patients in the same location.

Our Story and What We Stand For

Dragonfly Wellness Center is the result of a group of women dedicated to holistic, natural healing in all its forms and modalities.  From the start, we didn’t want it to just be a typical “pot shop” but rather a community resource for people seeking pure and potent cannabis medicines.  AND for people seeking the education and information they would need to understand how cannabis heals and how best to choose and use their cannabis medicine.

Education has always been key to Dragonfly’s identity.  We think the word “holistic” is perfect for one of the oldest and most broadly used herbal remedies of all — cannabis, with its 5,000-year written history of healing.  And, like all healing herbs, it must be integrated into a comprehensive approach that includes nutrition, exercise, movement, music, meditation, spirituality, and all treatments that consider the body as a whole, not a collection of segmented parts.

The legalized and regulated cannabis marketplace, for the most part, commodifies and separates natural herbs and supplements, organic food, and sustainable lifestyles initiatives. Even the main entity that regulates licensed cannabis in the state, forbids dispensaries from also selling herbs that serve as good companions to cannabis, such as turmeric, lavender, comfrey and many others.  Efforts to integrate natural, holistic healing products and modalities are blocked by such policies.

Additionally, with the California legalization and regulation of this precious herb, a vast amount of “on-the-quick” cannabis products have flooded the shelves of both dispensaries and natural food stores.  These products include binders, fillers, isolates, and are made with processes that can diminish the power of the phytocannabinoids.  Education is even more critical to separate impure and ineffective products from those that truly contribute to healing and resolving “dis-ease.”

Dragonfly Wellness Center™ is Part of a Changing Industry

Times have changed since Dragonfly™ opened in 2011.  Located within earshot of the Mendocino Botanical Gardens, Dragonfly hosts ever-growing numbers of cannatourists. Dragonfly offers product guidance, education, and concern for everyone that comes to visit. The staff are not called “budtenders” but rather “staff counselors,” symbolizing an important difference in what Dragonfly offers to the community.

Every day more and more people are turning to cannabis as medicine.  They are disillusioned with the pharmaceutical model:  the high cost, the side effects, the ineffectiveness of many “medicines” to do more than just treat symptoms.  But the cannabis industry itself is shackled by a lack of scientific information and continues to operate from its 40-year-old incomplete narrative that, at worse, touts the mystical magic of cannabis as the be-all and end-all of world problems — solving everything from war and global warming to economic inequality.  We in the cannabis community know that cannabis is an inspiration as well as a healing herb.  But it is threatened by an economic system that will degrade and denigrate its broad value to the world.

Dragonfly’s role of providing a support system and public education vehicle has extended beyond its own doors, through its partnership with Creative Change Productions (cchange.org), which produces educational materials under the project title, “Cannabis is Medicine: Changing the Narrative.” Creative Change Productions presents at industry events such as the Emerald Cup and Cannabis Farmers’ markets; patient support groups (Cancer, Parkinson’s, vets dealing with PTSD, seniors, and others); hospital community education programs, the North Coast and California Hispanic Chambers of Commerce, Road Scholars, Kiwanis, Rotary, health care providers’ clinics and professional groups, and everywhere people are open to the changing narrative about cannabis.  We are finally seeing years of prohibition-defined misinformation slowly dissolves into irrelevance.

As a member of the Mendocino Cannabis Alliance, Dragonfly joins with many others to protect the region’s small craft and heritage cultivators, manufacturers, retail and other operators.  To both protect the value of medicinal cannabis and to raise the professionalism of the cannabis industry in these newly regulated and legalized times, Dragonfly has joined with other members of the cannabis industry and community to challenge the dominant economic mantra that “Big is Better.”

Join us in helping to shape a new image of our new industry. 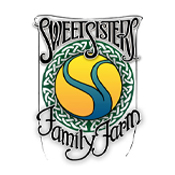 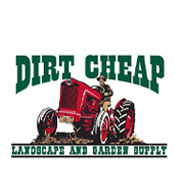 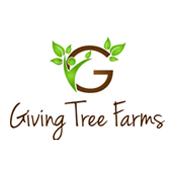 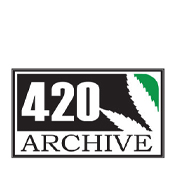 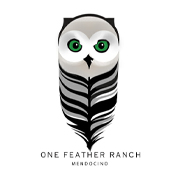